This week’s “Food for Thought” post is by occupational therapist Moira Pena, of Toronto’s Holland Bloorview Kids Rehabilitation Hospital. The hospital is one of 14 centers in the Autism Speaks Autism Treatment Network (ATN).

Editor’s note: The following information is not meant to diagnose or treat and should not take the place of personal consultation, as appropriate, with a qualified healthcare professional and/or behavioral therapist.

Feeding challenges are among the most common issues that bring children with autism and their parents to my practice.

Of course, children’s nutrition and mealtime behavior are common issues for parents everywhere. But research confirms what our ATN parents have long been telling us: Children with autism are far more likely to be overly selective in what they will and will not eat. As a result, many of them have less nutritional variety in their diets than their typically developing siblings and friends. Fear of new foods and outright food refusal are among the most common concerns I hear from parents. 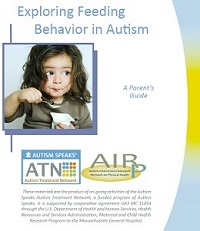 This is why the Autism Speaks ATN, in its role as the federally funded Autism Research Network on Physical Health, developed Exploring Feeding Behavior in Autism: a guide for parents. (Follow the title link to download free of charge.)

Today, I’m glad to share ten of the strategies that, in my experience, prove the most successful in supporting children and their families in their pursuit of healthy eating habits. Keep in mind that it’s a journey that almost always involves some missteps as alongside its successes. 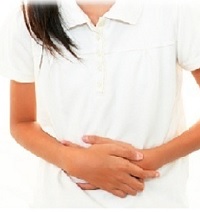 It’s not uncommon for children with autism to have medical issues that make eating unpleasant. These can include dental cavities, physical difficulty with chewing and painful acid reflux. So make sure that your child’s doctor screens for and addresses any such issues before proceeding.

Many children who have autism experience great anxiety as mealtime approaches. The underlying reasons can include sensory aversions and fear of unfamiliar foods. Inadvertently, families can make the anxiety worse by trying to force a child to eat, setting up a pattern of mealtime stress. Fear and anxiety can shut down hunger in a powerful way by putting the child’s body in a state of “fight or flight.”

To reverse this pattern, I counsel parents and other caregivers to spend a few minutes helping the child relax before mealtime. One way to do this is to spend five minutes practicing deep breathing together. This can be as simple as slowly and deeply inhaling for a count of four, then slowly and fully exhaling for a count of seven or eight. Alternatively, the two of you can blow pinwheels, bubbles or even a wind instrument such as a recorder or harmonica.

Or, you might use those five minutes doing what we call a “deep pressure tactile exercise.” I like simple exercises like pushing hands against the wall (lean in with your full weight) or having your child push the palms of his or her hands against yours.

3. Sit together at a table for meals

I can’t overemphasize how important it is for a family to eat together as a matter of routine. Environmental cues help all children – and especially those who have autism – learn what they’re supposed to be doing. For example, a child’s bed is an environmental cue for sleeping. Similarly, the family table needs to be for eating.

In addition, eating together helps your child learn through imitation. Children are wired to copy others. And a child will be more likely to put a new food in his or her mouth after seeing you do so.

Often, the first step is to undo habits such as eating in front of the TV, while seated on a parent’s lap, while playing with a touch pad, etc. I counsel families to start by having their child sit at the table with them or another family member – even if it’s just for one minute to start. With praise and small rewards, gradually increase the time at the table to around 20 minutes. At first, reassure your child that eating isn’t necessary. Just keep the food within your child’s reach while the rest of you eat. The idea here is just to increase comfort with the mealtime routine.

I suggest using the same table for all meals and have family members sit in the same chairs to further cue your child where to sit and what to expect.

Many children with autism have weakness in the core muscles of the stomach and back. Others have poor body awareness. That is they don’t quite sense where their bodies are in space. Any of these issues can produce poor posture, wriggling and discomfort while sitting at the meal table. By providing support, you can help your child focus more on eating than on keeping his or her body on the chair.

If you see your child slouching, leaning or wriggling at the table, try placing rolled up towels around the back and hips to provide additional support. Also make sure that the feet have support. If they don’t reach the floor, try placing a step stool in front of the chair and under the table.

In my practice, I’ve worked with kids who are truly fearful of certain foods placed in front of them. I find that many of these children have particularly strong reactions to a food’s appearance. For example, several of the kids in my practice refuse foods of certain colors. Another has an extreme fear of touching apples because they look “wet.” Yet another child fears even being in the same room as an orange. 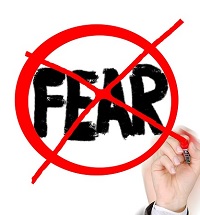 It’s important to appreciate and understand that these fears are just as powerful as, say, a fear of snakes or big spiders. With this in mind, I begin to use the principles of gradual exposure to help them learn to control and eventually get rid of these fears.

Take for example, the boy who felt anxious around apples. First we worked on his getting comfortable with just looking at an apple in front of him for a few minutes. I assured him he didn’t have to eat it and encouraged him with praise. We then moved on to touching the apple with a fork, then with a napkin, then with his fingers. We used play-based language like “I challenge you to hold the apple to your cheek for 30 seconds.” He even learned to use a food processor to chop up the apple – all of these steps helping him overcome what had been a very real fear.

6. Have set times for meals and stick to them

As I’ve mentioned in previous advice posts, it’s so important to eat on a schedule. Space meals and snacks every two-and-a-half to three hours through the day. Eliminate snacks – including milk and juice – in between. The idea is to train your child’s internal hunger signals to specific mealtimes. This helps your child’s body expect food and accept food at designated times.

7. Expand what your child already eats

Let’s say that a child’s perennial favorite is white spaghetti with no sauce. You can start “stretching” her food acceptance by offering, say, a different brand of white spaghetti, then trying brown rice or another type of spaghetti. Eventually, you’re moving to spaghetti with a little butter, then a white sauce, etc. The idea is to offer a food that remains familiar looking while building tolerance to small and incremental changes. A change from spaghetti to penne pasta, for example, might be too much to handle simply because it looks too different.

8. Take food out of their brand boxes or containers

My alarm bells go off when I hear of children eating only a specific brand of a specific food. I know of several parents who spend inordinate amounts of time searching out particular brands because their children refuse anything else. I counsel my families to avoid this issue altogether by taking food out of boxes as soon as they unpack the groceries. Put food in clear containers. Rotate brands as much as possible so your child is less likely to get “stuck” on a highly specific taste, look and texture.

9. Encourage your child to explore, play and get messy with food

Children learn through play, and this includes playing with food. This dovetails nicely with the principle of “gradual exposure” that I described above. Encourage your child to interact with food through his or her senses. Talk about the look and feel of foods. Make interesting shapes with cookie cutters, etc.

Think of it as “food school,” and reserve some time each week to engage in food learning through play. Your child may or may not eat the foods he or she is exploring. The idea is to build a foundation that allows greater comfort with foods.

10. Concentrate on the food not your child’s behavior

As much as possible, try to ignore challenging behaviors at the table. Many children learn to escape the family meal by engaging in spitting, whining, banging on the table and the like. I suggest diverting attention from the negative behavior with a conversation about the food. This can involve asking the following questions to get the whole family involved in “food learning.”

drop us a line and keep in touch